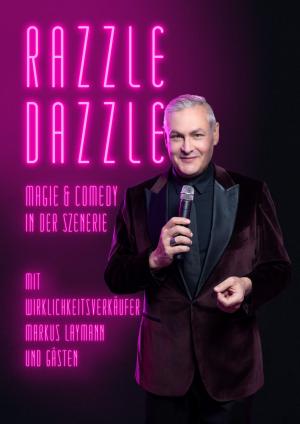 Astonishment and laughter are guaranteed when Markus Laymann and his friends invite to join their monthly deception maneuvers in our theater bar „Szenerie“. And this time the „reality salesman“ invites you to a special edition of Razzle Dazzle fully in English Language.
Best Magic and Comedy for all Expats, international Visitors and Hippsters from Berlin Mitte.